One way in which we’re able to offer students further guidance during the process of our fully produced student performances is through the use of “Actor/Mentors”.

Actor/Mentors are professional adult actors who are cast in a role alongside student performers. Students are able to learn from our Actor/Mentors as role models within the cast demonstrating professional rehearsal practices, attitude, and respect for the Director. Actor/Mentors also allow for further acting coaching that helps raise the level and expectation of individual performers. Not all of our student productions cast Actor/Mentors. When an Actor/Mentor is not cast, additional adult production staff may be hired to offer similar coaching without actively playing a role in performance. When an Actor/Mentor is cast, it is usually in a supporting role that allows for the strongest support of student focus and guidance.

Past Actor/Mentors have said this about their experience working with students:

When I was asked to be an Actor/Mentor for North Coast Rep’s Theatre School’s production of THE SECRET GARDEN, my heart was warmed by honor and my brain was stricken with panic.  Gosh, I felt, what a great opportunity to be entrusted to impart my years of theatrical experience to kids who are just starting out.  What an honor!  Then panic set in as I realized that I was going to be entrusted to impart wisdom (read:  wise old man) to theatrical upstarts who may view me with suspicion as I fumble with lines, miss my entrances, forget my props or goof off a bit too much.  It got worse when I saw that some of these kids were already wise beyond their years, ready with their lines and cues, on top of their entrances and behaving quite civilized.  What could I offer?

Well, the calming answer was to just be me:  approach the rehearsals and performances like I would any other show.  There is no better example than just being an example.  I learned my lines early and kept at them every day.  I interacted with my fellow actors and listened to any potential worries or concerns.  I listened to the director and wrote down my notes.  I stressed the importance of being quiet backstage by being quiet backstage.  None of this is to say that we didn’t toss in bits of fun and goofiness.  Rehearsals can be tedious sometimes and a bit of levity goes a long way towards bonding the cast as long as the silliness has a short window, then it’s back to work.  Always remember, it’s called a play so PLAY, but work hard at that play.  The audience will love you for it and you will feel satisfied and rewarded.

I wish I had had an Actor/Mentor when I was young.  I basically acted on instinct and went with what felt honest and truthful.  This seemed to be the right move, but it sure would have verified it for me if I saw someone doing it, let alone acting alongside that person.  I’m so glad to have had the chance to act with these kids, because mentor or not, they are the ones who taught me a thing or two about collaboration, friendship and professionalism.

All the best,
Eddie Yaroch 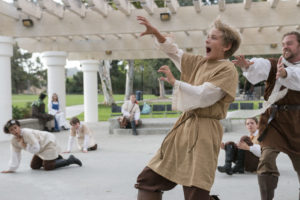 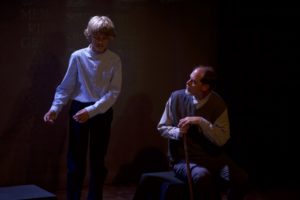 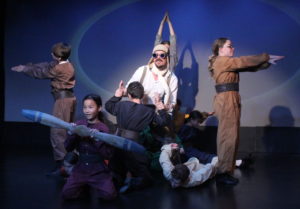 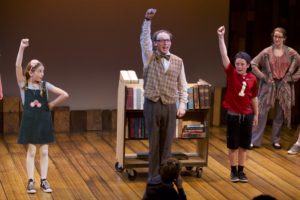 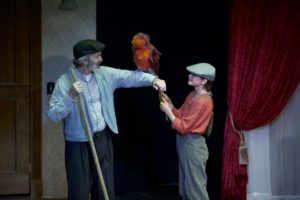 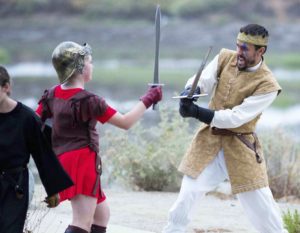