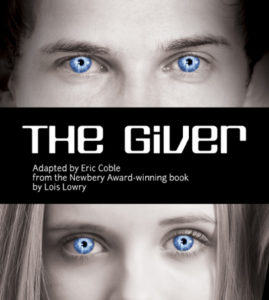 Adapted by Eric Coble from the Newbery Award-winning book by Lois Lowry.

Jonas’ world is perfect. Everything is under control and safe. There is no war or fear or pain. There are also no choices. Every person is assigned a role in the community. But when Jonas turns 12, he is chosen for special training from The Giver—to receive and keep the memories of the community. The Giver is the only person who holds the memories of real pain and real joy. Now Jonas will learn the truth about life—and the hypocrisy of his utopian world. Through this astonishing and moving adaptation, discover what it means to grow up, to grow wise, and to take control of your own destiny.

Time period: Soon.
Settings of play: In and around the community.
Run-time: 80-90 min, no intermission.
Suggested rating: PG-13 – recommended for grades 6th & up, but all audiences may enjoy.
Cast size: 8+ non-musical 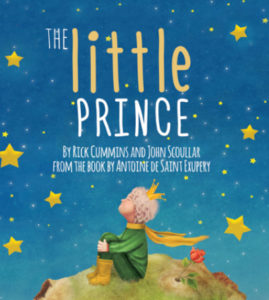 By Rick Cummins and John Scoullar from the book by Antoine de Saint Exupery.

The Little Prince may have returned to his own tiny planet to tend his Rose and look after his Sheep, but for a short enchanted time he returns to us and comes alive on stage. This play with music tells the story of a world-weary and disenchanted Aviator whose sputtering plane strands him in the Sahara Desert, and a mysterious Little Prince who tells the Aviator about his adventures through the galaxy, “It is only with the heart that one can see rightly.” “What is essential is invisible to the eye.” At length, all must depart, but with a new understanding of how to laugh, cry, and love again.

Time period: A very long time ago.
Settings of play: The Sahara Desert, Earth, and various other planets.
Run-time: 70 min, no intermission.
Suggested rating: PG – recommended for grades 2nd & up, but all audiences may enjoy.
Cast size: 13-32+ non-musical

Book and Lyrics by Marcus Stevens
Music by Sam Wilmott

When spunky, imaginative Emma Katz is assigned Erik the Red for her World Discovery Day report, she begins to channel her inner Viking, setting off on a real adventure and changing her community for the better. Every time Emma learns something new she wants to become that thing, whether it’s a dinosaur, a fox, or a paramecium! Her teacher is afraid to teach anything new for fear of what she might become. Luckily, a wise librarian inspires Emma to uncover the magic of the Vikings in books, and helps her release the inspiration of the Vikings to make dreams come true.

Adapted from Judith Byron Schachner’s acclaimed book of the same name, Yo, Vikings! is the mini-saga of 10-year-old Emma Katz, the fiercest Viking in Swarthmore, PA, and her quest for real adventure. Yo, Vikings! combines sweeping melodies, thrilling Viking chants, and funky rock ‘n roll with a beautiful, heart-warming story to engage and excite every member of the family. 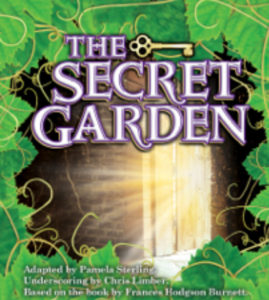 This joyous story about the growth and blossoming of the earth and the human spirit is a garden of delight for the ears and the imagination. Mary and Colin, whose natures have been badly warped, thrive with the discovery that selflessness opens a secret door to happiness. They are encouraged by the warmhearted Yorkshire maid, Martha, and her brother, Dickon, who understands the language of birds, animals and flowers; the crusty gardener, Ben Weatherstaff; and, of course, the robin who leads Mary to the garden that changes her life. Colin’s reunion with his father touches all of us deeply. Highly theatrical, this Distinguished Play Award-winning Secret Garden fills us with the magic of theatre.

Time period: 1911
Settings of play: An unspecified British colony of East India and on the grounds and interior of Misselthwaite Manor in Yorkshire, England.
Run-time: 90 min, no intermission.
Suggested rating: PG – recommended for grades 2nd & up, but all audiences may enjoy.
Cast size: 9+ non-musical 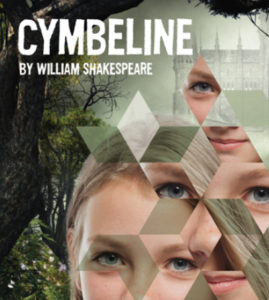 Imagine Snow White mixed with Romeo and Juliet in Ancient Britain, but with a happy ending! The beautiful princess Imogen loves the peasant Posthumus, but her father, King Cymbeline, is warped by her wicked step-mother. Posthumus is exiled. While abroad, Posthumus bets on the loyalty of his love whom a rival, the creepy Lachimo, wishes to test. Imogen remains true, but Lachimo’s lies prompt Posthumus to enlist his servant, Pisanio, to coax Imogen to run away with him to the forest and kill her. Imogen is eager to flee Britain and quickly plots her escape disguised as a boy. Abandoning Pisanio after he is unable to kill her in the woods, Imogen finds refuge with other woodsmen who had fled the King’s unjustified tyranny. Ultimately, evil is punished and love is restored through the power of forgiveness.

Will be performed outdoors at La Colonia Park

Purchase the book Shakespeare likely used as a source: https://smile.amazon.com/Shakesperes-Holinshed-Chronicle-Historical-Compared/dp/B008RQNCZO/ref=sr_1_3?ie=UTF8&qid=1494452212&sr=8-3&keywords=holinshed%27s+chronicles