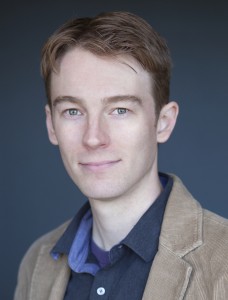 Benjamin Cole is proud to lead as the Director of Theatre School Education and Outreach for North Coast Repertory Theatre. With over 20 years of professional acting experience, Ben has been seen on stage locally at The Old Globe, The La Jolla Playhouse, North Coast Repertory Theatre and many others. Some directing credits for the Theatre School @ North Coast Rep include: The Inspector General, 20,000 Leagues Under the Sea, The Neverending Story, The Tempest, Animal Farm, Beat Bugs JV, A Charlie Brown Christmas, The Three Musketeers, The Comedy of Errors, She Kills Monsters: Young Adventurer’s Edition, Monty Python’s Spamalot Young@Part Edition, The Snow Queen, The Gorilla, Cymbeline, Yo, Vikings!, The Little Prince, The Giver, A Midsummer Night’s Dream, The Wizard of Oz, A Christmas Carol, The Mousetrap, Macbeth, Twelfth Night, Knuffle Bunny (A Cautionary Musical), All’s Well That Ends Well, and Romeo and Juliet. You may have seen Ben on stage in Professional Theatre for Families productions of: Christmas Toyshop; You’re a Good Man, Charlie Brown; Sleeping Beauty; and A Year With Frog and Toad. He has also appeared in NCRT productions of: How the Other Half Loves, Travels With My Aunt, Way Downriver; William Faulkner’s ‘Old Man’; Betrayal; Faded Glory; and Who Am I This Time?. In addition to his work at NCRT, he is an adjunct professor of Theatre at Grossmont College. Before coming to San Diego, he was a Visiting Assistant Professor at Grand Valley State University where he taught over 200 students each semester in courses on Shakespeare, Stage Combat, and much more. Ben earned his Master of Fine Arts in Acting from Western Illinois University, his Bachelor of Fine Arts in Acting/Directing from Central Michigan University, and studied acting through New York University in Ireland. He has experience acting, teaching, directing, and fight choreographing all over the country including work with the Orlando Shakespeare Theater, the Oklahoma Shakespearean Festival, and the Illinois Shakespeare Festival. He is also an actor/combatant with the Society of American Fight Directors and Dueling Arts International, and regularly fight choreographs at local professional theaters and colleges. Check out our Theatre School @ North Coast Rep website for classes and upcoming student productions: www.northcoastreptheatreschool.org/. 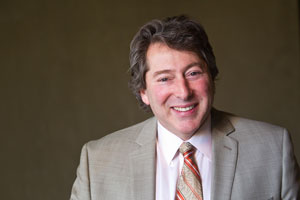 Born into a theatrical family, David has worked in theatres across the country. Before joining North Coast Rep in 2003 he served as Artistic Director for the Los Angeles Repertory Company and the Arizona Jewish Theatre Company (AJTC). A veteran of over 250 theatrical productions, directorial favorites include:

Favorite roles as an actor include Max Prince in Neil Simon’s Laughter on the 23rd Floor and Matt in Talley’s Folly at North Coast Rep, title roles in Hamlet at Los Angeles Theatre Center and Los Angeles Repertory Company; Tevye in Fiddler on the Roof at Moonlight Stage, Richard III at California Shakespeare Festival; Einstein in Picasso at the Lapin Agile at Laguna Playhouse; Calisto in The Illusion and Harker in Dracula at the Arizona Theatre Company; Jonathan in Sight Unseen at North Coast Rep and Portland Repertory Theatre.

Film and television credits include over three dozen roles including “Star Trek IV,” “The Practice,” “Foul Play,” “Christine Cromwell,” “Renegade,” “Eight is Enough” and “General Hospital.” David has also been guest faculty for numerous universities including California State Northridge, Cal Arts, and Shakespeare workshops privately. David lives with his beautiful wife Denise and their amazing sons Jamie and Will. 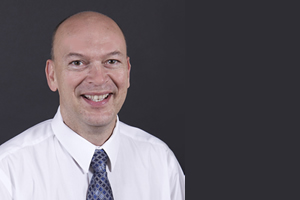 Bill Kerlin, originally from Valparaiso, Indiana, brings over twenty years of finance, marketing, and sales experience to North Coast Repertory Theatre, including sixteen seasons as the Director of Administration at the legendary Coconut Grove Playhouse, in Miami. During the time Mr. Kerlin served at Coconut Grove, it was the largest professional not-for-profit producing theatre in the State of Florida. Coconut Grove Playhouse had an impressive 1,100 seat mainstage (LORT A), and a 140 seat encore room (LORT D). An education department had classes for children and adults, a summer camp, and two touring shows which supported academic content in public schools.

Most recently, Mr. Kerlin was the Chief Financial Officer for Professionals’ Retirement Strategy, a national insurance and retirement planning service firm. Bill also served as a Board Member for Camposition, a performing arts company whose mission is to push the boundary between contemporary performance and activism through live performance, interactive outreach programs, and professional development trainings. Through unique performance interventions, Camposition’s artists crash through life, performing in unexpected places and situations.